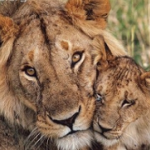 Thank you for this wonderful and growing information centre for Reclaiming Sancre Tor. It's a beautiful place to showcase your talent, along with the others who worked so hard completing this fantastic expansion. Thank you for sharing!

are side quest done Edit

3. parlow tavern i killed everything went back he say good luck no update -You need to flush the Goblin nests out of the drains by turning on the water valves. RSTs DarkRider 05:21, October 29, 2011 (UTC)

7 natioonal treasure hut only found 10 places to dig all i get in dishes an d i little money. -Look for a dig spot near Shadow's Rest Cavern that is covered in Alessian Ivy (white) there's only one. RSTs DarkRider 05:21, October 29, 2011 (UTC)

8 there came drark rideri have all the scrolls and update that i have all of them thats it ? -It's on a timed delay, soon you will receive a message regarding a delivery at Sancre Tor. RSTs DarkRider 05:21, October 29, 2011 (UTC)

thanks for any imput you can spare jane aka pussinboots

You need to go inside Cheydihal's Cathedral. Under the eyes of the gods refers to the stained glass windows which all face the center of the cathedral. The altar there has a false back that can be opened to reveal a clue book. RSTs DarkRider 16:50, October 31, 2011 (UTC)

Yes i'm at the Grim's hollow quest and if i try to go to either grimm hollow or Drunken dragon inn my game crashes, also after my second atempt my game crashes even befor it starts, i mean right at the start, the begining credits don't even showMion94 16:50, December 1, 2011 (UTC)

Sancre Tor on the map Edit

As I recently started playing the RST mod (which I really enjoy, thank you and the crew for an awesome mod) there's one particular thing that came to my attention: Sancre Tor isn't displayed on the map. So I tried to draw it on the map myself (note: I'm using DarnifiedUI and a colored version of the map, both can be found on TESNexus) and here's the result: http://oi47.tinypic.com/2a5gdol.jpg

Even though I didn't bother to finish it, I find the map already far more pleasing with Sancre Tor displayed as a city on the map. So I'd like to suggest to provide an updated (preferably colored, or both colored and sepia) map with the mod for all the people out there who would like to see Sancre Tor on the map :)

Retrieved from "https://reclaimingsancretor.fandom.com/wiki/User_talk:RSTs_DarkRider?oldid=7852"
Community content is available under CC-BY-SA unless otherwise noted.