With completion of Into the Dragon's Gate there remained one item of wonder, where were Alessia’s remains? The summons from Grandmaster Denrau in the Court of Blades beckons for the one last detail to be discovered.

Tip: When accessing a dig spot, wait patiently for the digging sounds to stop before the contents are revealed.

Armed with Grandmaster Denrau’s garden shovel and with patient digging her remains are found and re-interred with honor in the Hall of the Fallen Blades.

Upon completion of Into the Dragon’s Gate, Sancre Tor has been reclaimed and with one exception everything appears complete. Then the summons to return to the Court of Blades by Grandmaster Denrau arrives to give the impression there’s more to do. Visiting Grandmaster Denrau will divulge more information and the tool to accomplish the request.

The request is to find Alessia’s remains for proper internment. Armed with Denrau’s trusty garden shovel and no more advice than past memories should help to guide the way, the hunt begins. There are 51 dig spots in and around Sancre Tor and only 1 contains the object of the search; Alessia’s remains. The other 50 will provide some return for the effort of digging. The dig spots can be difficult to find before becoming accustomed to their appearance, however, there are plenty of dig spots within Sancre Tor Village to hone one’s skill.

Tip: When accessing a dig spot, wait patiently for the digging sounds to stop and then the contents will be revealed to you.

The memory of Alessia’s parting speech during Into the Dragon’s Gate provides some clues, her body had lain in the Temple of the One until Pelagius, second of his name, had it removed for proper internment in Sancre Tor. St. Alessia’s body had been cast aside and the Elemental Stones removed on the trek from The Temple of the One in the Imperial City to Sancre Tor, with the Accursed providing additional clues with each of their meetings. The madness, the questioning of their task was not questioned at first, but occurred before arriving to Sancre Tor.

The easiest way to find St. Alessia’s remains is to reverse the direction of travel. Leave from the Southwest Gate of Sancre Tor and travel in the direction of the Cavern of Trials investigating dig spots encountered along the way. Traveling beyond the Cavern of Trials will lead to Shadow’s Rest Cavern, situated below Sancre Tor and conveniently off the side of a path. St. Alessia’s remains will be found on a hillside near the bridge and in the entrance area of Shadow’s Rest Cavern. 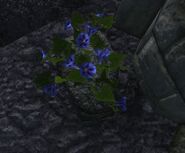 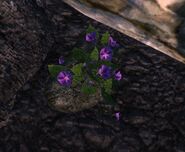 Hall of the Fallen Blades
Add a photo to this gallery
Retrieved from "https://reclaimingsancretor.fandom.com/wiki/National_Treasure_Hunt?oldid=7440"
Community content is available under CC-BY-SA unless otherwise noted.